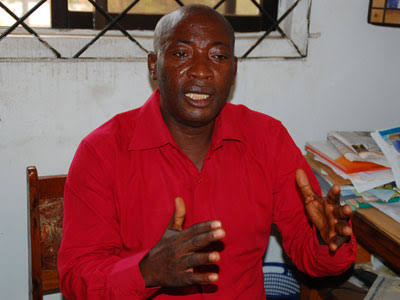 *OBSERVATIONS:*
1. Political Parties are Constitutionally the only recognized platform for contesting Elections in Nigeria

2. There is poor understanding of the electoral process and the legal framework on elections at the grassroot levels

3. Political parties have still not properly educated the members and supporters on the electoral and voting processes.

4. Inclusion of Vulnerable groups and Gender Equity in Political Party positions, is still a challenge within most Political Parties, particularly at the grassroot levels

5. Awareness of Women in Politics is a major constraint to their effective participation in Party Politics.

6. Political Parties and their Candidates have most often than not do not keep to their campaign promises and this is one of the reasons for disenchantment of the citizens in governance and this has negatively Impacted on the trust of the citizens at the community level resulting in loss of confidence in the democratic process and elections in particular.

7. There is still enthusiasm to participate in electoral process particularly on elections day by citizens.

8. There is a failure by elected representatives in performing their constitutional responsibilities particularly the Legislators

9. Issues of Anti-corruption and Accountability are not on the front burner of political parties and candidates seeking for elections

*RECOMMENDATIONS:*
After deliberations, discussions and interventions, the meeting recommended the following actions:

*-* That There is need for Political Parties to put in place deliberate strategies for the inclusion of women in key Elective and appointive positions in the Party activities and programmes.

*-* There is needs for increased levels of awareness creation for women and other stakeholders on inclusive political party participation.

*-* The meeting emphasized the need for Political parties to incorporate Anti-Corruption and Accountability in their manifesto, to serve as guide to prospective candidates that will win elections on their behalf, which will in-turned lead to good governance.

*-* Political Parties need to continuously build the capacity and monitor the activities and performances of the candidates and elected representatives.

*-* The meeting encouraged the electorates to continue participation in the electoral process and make themselves available on election day to perform their civic responsibilities by voting for candidates and political parties of their choice.

*-* The meeting urged political parties, their candidates and supporters to play by the rules and guidelines during the campaigns towards the elections to ensure a safe and credible outcome for the 2023 General elections

Previous PostPDP blasts Bello over songs of war in Kogi.  Next PostMAZAKUKA ATTACK: NIGER STATE GOVERNMENT SETS UP COMMITTEES ON COMPENSATION AND PEACE/RECONCILIATION FOR FINAL VETTING