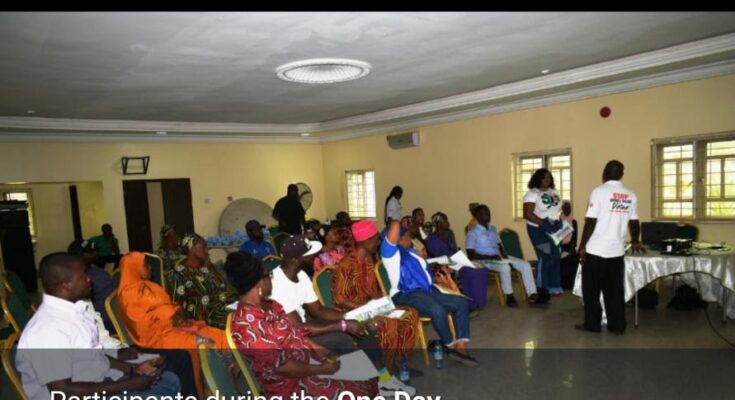 A non Governmental Organisation,. Conscience For Human Rights And Conflict Resolution (CHRCR), has said that there is need for political parties, Community, Traditional leaders and citizens to shun political violence and ensure that those identified and involved are held accountable through judicial means

This was contained in a communique issued at the 1-day multi-stakeholders dialogue meeting for kogi central senatorial district on prioritizing anti-corruption and accountability issues towards 2023 elections at state level held at Afims hotels, Okene on wednesday, organized (CHRCR), in partnership with Civil Society Legislative Advocacy Centre( CISLAC)

The Communiqué which was signed by Idris Miliki Abdul
Executive Director of CHRCR, said the Security Agencies are urged to take note of these early warning signs by political gladiators and nip it in the bud

“Need to increase Fact checking of information by citizens before dissemination

“Political parties and Candidates urged to sensitize stakeholders, members of their party and supporters on proper voting using mock ballot papers to reduce incidence of rejected and invalid votes.

“Participants acknowledge the continued partnership between CHRCR and CISLAC and the support of MacArthur Foundation.

“The 1-Day Dialogue Meeting was organized to deepen the understanding and strengthen the capacity of community stakeholders on prioritizing Anti-Corruption and Accountability issues towards the 2023 General Elections at State level in Kogi State.

*The dialogue had in attendance selected Community Based Organizations, Traditional leaders, representatives of Women and Youth Groups, and the Media.

“The concluding component of the meeting involved the development of stakeholder-specific communique towards moving the Anti-Corruption and Accountability project forward at State level.

“There was Question and Answer sessions during and after all sessions

“An early warning sign that is dangerous in our politics is been witnessed in the Central Senatorial District due unguarded and inflammatory statements and utterances even within the government institutions, political parties and their candidates.

“Poor representation of Women was still a serious challenge in inclusive governance in the state despite the recent achievements by the present Administration particularly at Local Government councils level. Women have not leveraged on this advantage of having more women as aspirants and candidates in the 2023 elections in the State